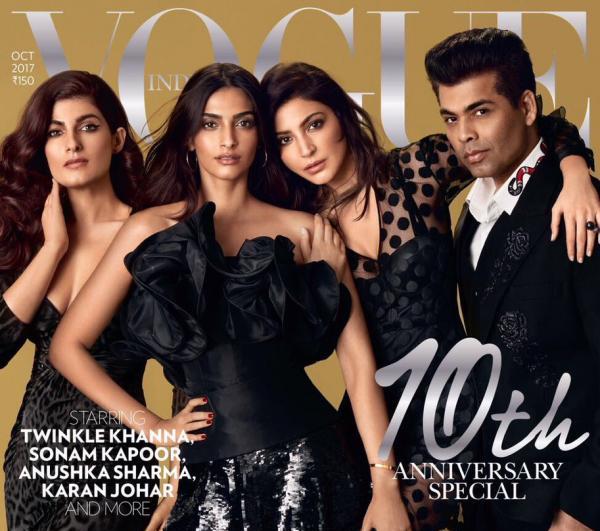 As we have already shared two of the three 10th Anniversary special issues of Vogue October 2017 where one issue covers Mithali Raj, Shahrukh Khan and Neeta Ambani and another one is starring Priyanka Chopra along with Padma Lakshmi and Natalia.

Check out the third Vogue October 2017 cover where this time Twinkle Khanna, Sonam Kapoor, Anushka Sharma and Karan Johar are stealing the show. Do you like this Vogue Cover? Yay or Nay? 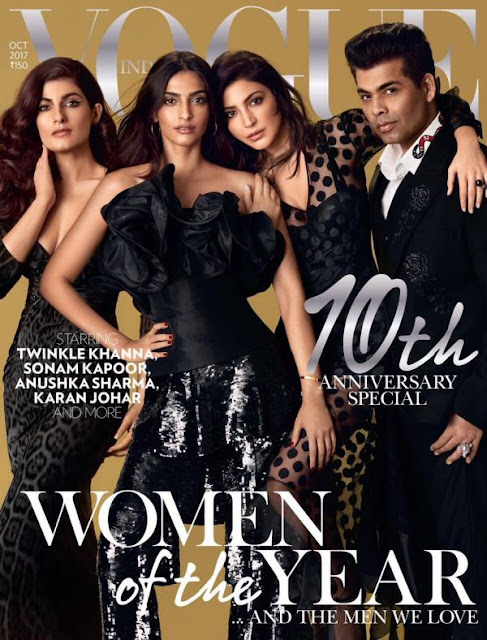